Pump Up Your Patriotism this 4th of July!

With the 4th of July right around the corner, it's a good time to brush up on your knowledge of this annual celebration and to appreciate all it stands for.

The quest for independence was brought up in Congress and a committee, which included notable men like John Adams, Thomas Jefferson, and Ben Franklin, was created to help draft a statement to justify the United States’ break from Great Britain. On July 4th, 1776, Congress decided to accept this statement, known as the Declaration of Independence. Since that time, the celebration commemorating our separation from Great Britain's monarchy has continued on a yearly basis. As a holiday, the 4th of July celebrates both our independence and our unity as a country. Check out these seven little–known Independence Day facts: 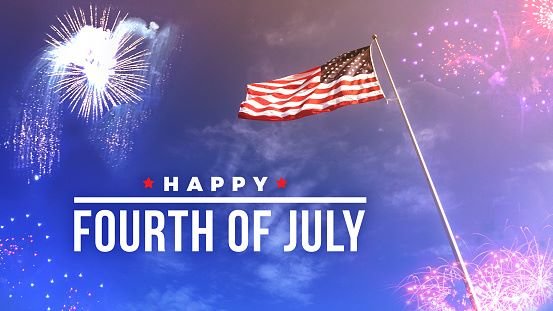 1.     There were multiple copies of the Declaration of Independence. Thomas Jefferson made copies at a shop run by John Dunlap, a Philadelphia printer. These copies became known as "Dunlap Broadsides," and it's estimated that 200 or so were printed for distribution. Just 26 copies have survived throughout the years, with the most recent copy discovered in 2009.

2.     Hot off the presses! On July 6, 1776, the Pennsylvania Evening Post became the first newspaper to print the now-historic Declaration of Independence.

3.     Many countries have used the Declaration of Independence as a beacon in their struggles for freedom. Among them, France, Greece, Poland, Russia, and a number of countries in South America.

4.     The "Star Spangled Banner" wasn't written until 1814. Francis Scott Key wrote a poem stemming from his observations when the British relentlessly attacked Baltimore's Fort McHenry during the War of 1812. It was later put to the tune of an English drinking song, “To Anacreon in Heaven”. The Star Spangler Banner wasn’t pronounced the official national anthem of the United States until 1931.

5.     Bristol, Rhode Island is home to the first and longest–running 4th of July Parade. The town has held the celebration every year since 1785.

6.     Philadelphia honors the 13 founding colonies each year. Every 4th of July, the Liberty Bell is tapped (not rung due to its age and poor condition) thirteen times in honor of the original 13 colonies.

7.     The Declaration of Independence spent many years on the road. After the signing ceremony on August 2nd, it was most likely filed in Philadelphia. On December 12th, threatened by the British, Congress adjourned and reconvened eight days later in Baltimore, Maryland, where the document remained until its return to Philadelphia in March of 1777. In the years to follow, it traveled widely with the Continental Congress throughout the northeast, then moving to Washington, DC in 1800.

Please wait No comments have been left yet.
Please wait

During Cold and Flu Season, Follow These Smart Ways to Stay Healthy

When everyone around you is sick, staying healthy can be a challenge. Fortunately, there are steps you can take to protect yourself and your loved ones. The Centers for Disease Control and Prevent...

Coffin or Casket? Six Considerations to Help you Choose the Right Memorial Product

The choice of a coffin or casket should not be taken lightly. While these terms are often used interchangeably, they have some notable differences. Caskets and coffins both serve as burial contain...

Hosting a Reception after the Funeral? Follow These Six Helpful Guidelines

Hosting a reception after the funeral of a loved one presents an opportunity to demonstrate your enduring affection. The funeral reception gives mourners the chance to support each other, share fo...

As stress levels rise, so does the need for self-care. Having effective ways to calm anxiety becomes even more essential amid challenging times. We all feel anxious from time to time. That sense o...

Coins on a Headstone Hold Special Meaning. Here’s Why.

Have you ever seen coins on a headstone? Leaving signs of remembrance on graves is a long-held tradition. While flowers are the most common grave decoration, they aren’t the only way to pay tribut...

The role of pallbearer or honorary pallbearer is both an honor and a great responsibility. The duties primarily consist of helping to carry or accompany the casket throughout a traditional funeral...

When a death occurs away from home or out of town, knowing what to do can greatly ease the burden for you and your loved ones. Today, people spend significant time away from their homes for vacati...

Cremated ashes take on a new meaning when they are utilized creatively to fashion enduring tributes to loved ones who have passed on. Cremation has become the most popular funeral choice for Ameri...

Transforming ordinary military funerals into highly personalized, meaningful occasions can be deeply healing. When an active-duty service member or veteran passes away, a meaningful final salute i...

Oh, My Aching Back! Seven Healthy Habits that Prevent and Ease Back Pain

You might be surprised to learn that 80% of Americans will experience back pain in their lifetime. Fortunately, simple self-help strategies can be effective at preventing and easing back pain. If...