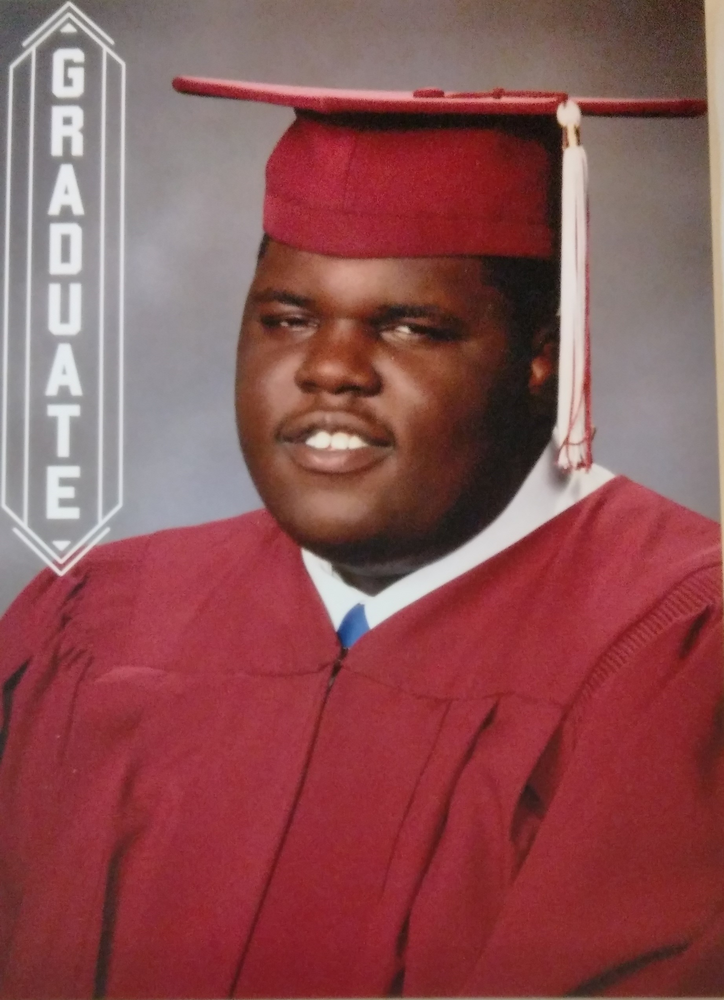 Please share a memory of Konyae' to include in a keepsake book for family and friends.
View Tribute Book
Konyae' lovingly known as Fatyae', was born on February 14, 2004. This bright young man recently celebrated his 18th birthday. Yae' was educated at Tech Frerie and John Bartram high school. Prior to his passing he would have graduated from 12th grade. Although he demonstrated laziness when it came to doing his schoolwork when he focused, he received A's and B's effortlessly, Konyae' was previously accepted into the mentally gifted program. Outside of school Fatyae' enjoyed playing football, online video games with his homies. He loved watching football, especially the Green Bay Packers (his favorite team). Konyae' was an entrepreneur creating his own business selling candy, cakes, chips, and cookies to the school staff and students while he was in middle school. He also had a host of summer jobs and as he entered the adult workforce he worked in restaurants, retail, warehouses, and as a babysitter. Fatyae's main job was working everyone's nerves, and making people laugh. With his beautiful smile and bright eyes Konyae' will live on in our hearts forever. Fatyae' was a true sweetheart, everyone he encountered shares the memory of his louder than life mouth and his infectious laugh. Konyae' loved being around family. He was loved by all his little cousins and older cousins. Whenever Konyae' entered the home of his little cousins it was immediate smiles and party time because only he could get the kids wired up and have the energy to play with them for hours. Fatyaes' memory will forever be cherished by "Gorilla Dukes" Mother; Maggie, Father Kareem, "Blooda" Durk, "Blooda" Cousin Quano, "Blooda" FatReem, "Blooda" Cousin Hov, sister Kaniyah & two younger brothers Kyhir and Kaseem, Grandmother Nookie, Poppop Tim, Aunt Denene, Aunt Fats, Aunt LaToya, Aunt TyReesha, Great grandma, grandmother, Uncles James and Bryant, great uncles, great aunts, nephew, god nieces, cousins all his bros females included, Sis Emily, Deir and Fatmeen. Yae left this earth with his homies Ahmad and Seemie.
To send flowers to the family or plant a tree in memory of Konyae' Rice, please visit Tribute Store
Thursday
17
March

Share Your Memory of
Konyae'
Upload Your Memory View All Memories
Be the first to upload a memory!
Share A Memory
Send Flowers
Plant a Tree