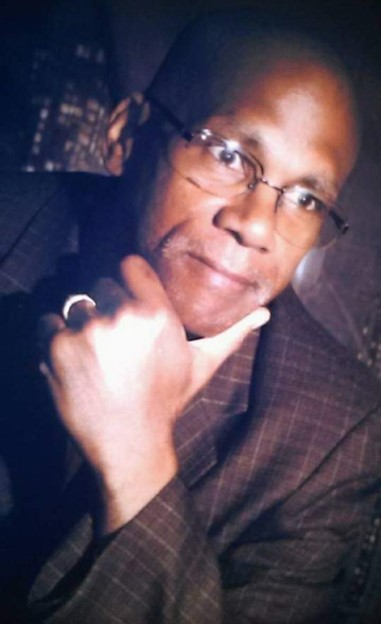 Please share a memory of Ronald to include in a keepsake book for family and friends.
View Tribute Book
Our dearly loved and cherished Ronald K. Jones, passed away peacefully, at home, with his loving wife Dedra right by his side. Life may seem too short for some, but to those of us who were blessed to be touched by Ron, understand that his existence and the imprint that he left on our hearts, will impact the lives of all who knew him, for generations to come. Ronald K. Jones was born on March 9, 1952 in Philadelphia, PA., to Ernest and Brenda Jones, both of whom preceded him in death. Ron was educated in the Philadelphia School District. Having graduated from Overbrook High School in 1969. Following graduation, he attended Virginia Union University located in Richmond. Ron's love for the Lord was embedded in his heart at an early age. It was at that time that he came to accept Christ, the Messiah as his Savior. As a child, Ron was taught the Gospel under the Leadership of his Grandfather, Rev. Charles Roy Jones, at Holy Trinity Baptist Church in South Philadelphia. As an adult, and under the Mentorship of Reverend Council, it was at Truth Memorial Baptist Church that Ron answered into his calling. Becoming a member in 1992, and later ordained as Deacon. With his love for God, and a fire to follow to Christ, It was only a matter of time before he grew to become one of the greatest teachers of the scriptures! Ron's intellectual gifting, paired with a keen memory aided him in his years of effectively instructing New Members Class. From 2016, until his passing, Ron continued to offer his spiritual gifts and serve the Lord under the leadership of Jeffrey T. Tate, at the World Church of Philadelphia. However, his most notable position was as the first teacher of the scriptures to his Family! Always available to answer every question or break down any scripture! Ron's decades of Ministry work was never limited to the church building. Whether it was his Nursing Home Ministry along with his wife; Men's fellowship; teaching Bible Study; participating in Street Evangelism or simply quizzing his family on Biblical facts, the light of Christ shined Bright wherever he was! Ron was a man of many great attributes! His quick wit and sense of humor kept everyone on their toes! He was full of jokes and wise cracks up until the very end! An avid sports fan, Ron rooted for his Sixers and Eagles, faithfully! Win or lose! The Loyal Man that he was, Ron dedicated 24 years of service as an employee of the JCC's of Philadelphia. He retired in 2020. Not only did Truth Memorial Baptist Church enrich his walk with Christ, it was there that he met his beautiful wife, Dedra. Whom he so affectionately called "Dee". Their courtship began in 2001, with them entering into the Covenant of Marriage in 2004. The love that Ron had for his wife was known to all! He often expressed this through his poetry. Second only to the Gospel, Dee was his main artistic inspiration! Dee will always cherish the countless memories that they made together! Traveling to Baltimore Harbor for Jazz on the Waterfront, strolling the local music houses to enjoy dinner and a show, flying out of town for sporting events, stay-cations and vacations alike! With the Union of Ron and Dee, two becoming one, like a modern-day, Melanated, Brady Bunch; a large and loving blended family was formed! Over the last 18 years Ron and Dee's Family continued to grow, as they welcomed Grandchildren and Great-Grandchildren. The loving Father that Ron was, became magnified as he became a Grandfather. He took such joy, and his heart was so full as he spent time pouring love and wisdom into his grandkids. He was intentional about finding strengths and passions of each Grandchild and cultivating them! The memories are endless! From memorizing hot wheel car collections just for the sake of conversation, to discussing the particulars of sports for hours on end with his Grandsons. Attending track meets and sitting front and center at basketball tournaments, always the biggest fan! Or how about writing short stories and creating portraits with his Grand-daughters! Let's not forget how he had the youngest Grandsons sit by his side daily and read books to him! The list goes on! These memories will be cherished for a lifetime to come! Ron leaves to treasure his wonderful memories, His Wife Dedra. Children; Ronald Jr., Tameka, Chere. Step-children; Micheal, Denee(Zyheem: Son-In Law), Kiara(Rahim: Son In-Law), Saleena.
To send flowers to the family or plant a tree in memory of Ronald Jones, please visit Tribute Store
Thursday
7
April

Share Your Memory of
Ronald
Upload Your Memory View All Memories
Be the first to upload a memory!
Share A Memory
Send Flowers
Plant a Tree