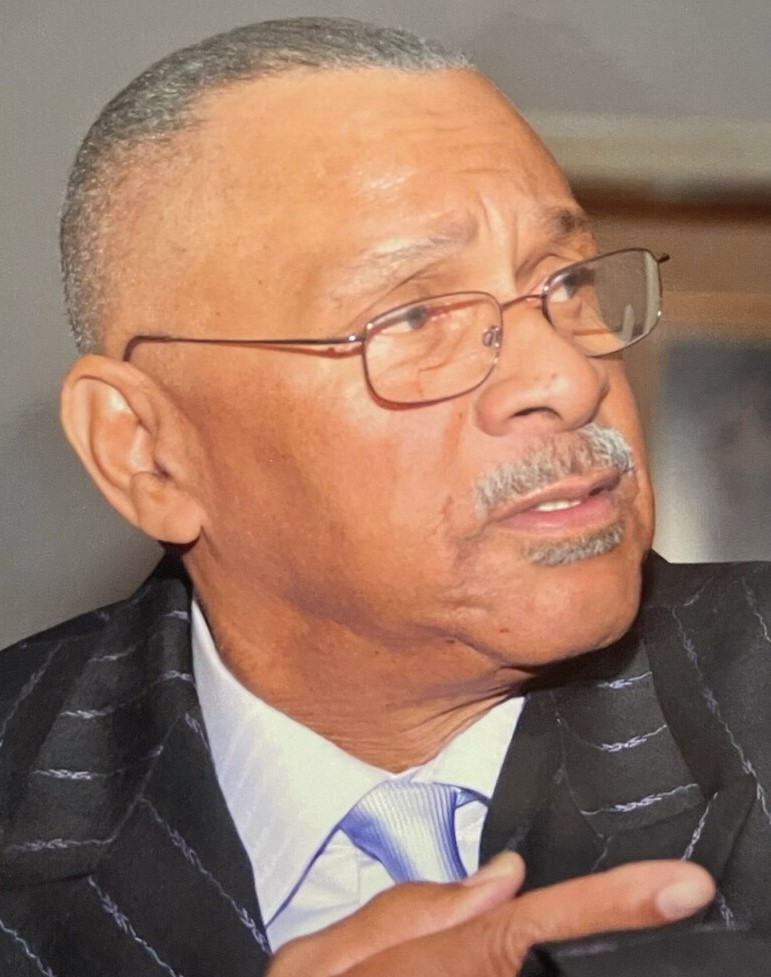 Please share a memory of Donald to include in a keepsake book for family and friends.
View Tribute Book
We are confident, I say, and willing rather to be absent from the body, is to be present with the Lord. (2 Corinthians 5:8) Today we celebrate the homegoing of my beloved husband, and friend, Donald Francis Williams. He was born on July 10th, 1937 to Melvin Williams and Edna Mae Williams in Philadelphia, PA. He was one of 11 children, preceded in death by his parents Melvin, and Edna Mae, as well as seven of his brothers. He is survived by two sisters (Sylvia and Vicki) and one brother (Paul). Donald was united in Holy matrimony to Rosalyn Sewell on November 2nd, 1958. Donald was affectionately known as "Don" (by family and friends) or "Red Man," (by many of his co-workers). Donald was educated in the Philadelphia Public School system. He went on to work several jobs, including O So Great Bottling Company before landing at and retiring from the Kansas Beef Industry after working there for 30+ years. He was a hard working family man. He always had employment, and was very hospitable to strangers and friends. He always gave money to anyone who asked or was in need, stating, "You never know if you are entertaining Angels unaware." Don's spirit of Hospitality started while working with Mill Creek Community Center as a Block Captain. He organized a number of community activities, including block parties, fund raisers for trips and making sure that none of the neighbors went hungry. Don loved making hoagies for his friends and neighbors, and was always concerned about the integrity and care of his neighborhood. Donald was also an active member of the Community Action Group (CAG) where he served as the Sargent of Arms. He would open the meeting with prayer and was responsible for keeping the order of the meeting. Donald would often ring the bell and/or stand up, stating, "Now we all can't talk at the same time." Don performed his duties until his health prevented him from attending meetings. Don loved to cook, decorate for Christmas holidays from top to bottom, including decorating tables, doorways and the entire fireplace. He loved plants and flowers, and took pride in landscaping the front and back of the home. Don also loved when family and friends gathered for any occasion. He was very good at delegating projects and executing ideas he'd come up with. Don would talk to anyone or anything about Jesus. He would talk to an ant about Jesus if he knew it would listen to him. Don gave his life to the Lord at an early age and was baptized and filled with the Holy Ghost at a later time. He attended Sunday school, loved reading scriptures, and quoting poetry. He was good for quoting Cyrano de Bergerac. Don was very instrumental in leading his entire family to Christ while attending the Highway Church of Christ, under the leadership of the late Bishop Andrew J. Ford Sr. Don taught his children how to pray and encouraged them to keep Christ at the center of their life. Don was known for hollering "Hallelujah" at any moment when he felt the presence of the Lord. Don became a member of the Better Way Bible Church in Philadelphia, PA under the leadership of Bishop Clifton T. Martin. During his time at Better Way he was active in various ministries. One of his favorite ministries was the Prison Ministry. Don enjoyed ministering the word of God to men who were incarcerated. He assisted the other members of the ministry by winning souls and leading them to Christ. Don was never ashamed of the Gospel of Jesus Christ. Donald Francis Williams leaves to mourn his wife Rosalyn of 63 years, four daughters (Jacqueline, Faith, Yvette, and Dawn), one son (Don Jr.), two dedicated son in-laws (Earl and Joe), 11 grandchildren, 14 great-grandchildren, one great-great grandchild and a host of nieces, nephews, cousins and friends.
To send flowers to the family or plant a tree in memory of Donald Williams, please visit Tribute Store
Friday
6
May

Share Your Memory of
Donald
Upload Your Memory View All Memories
Be the first to upload a memory!
Share A Memory
Send Flowers
Plant a Tree