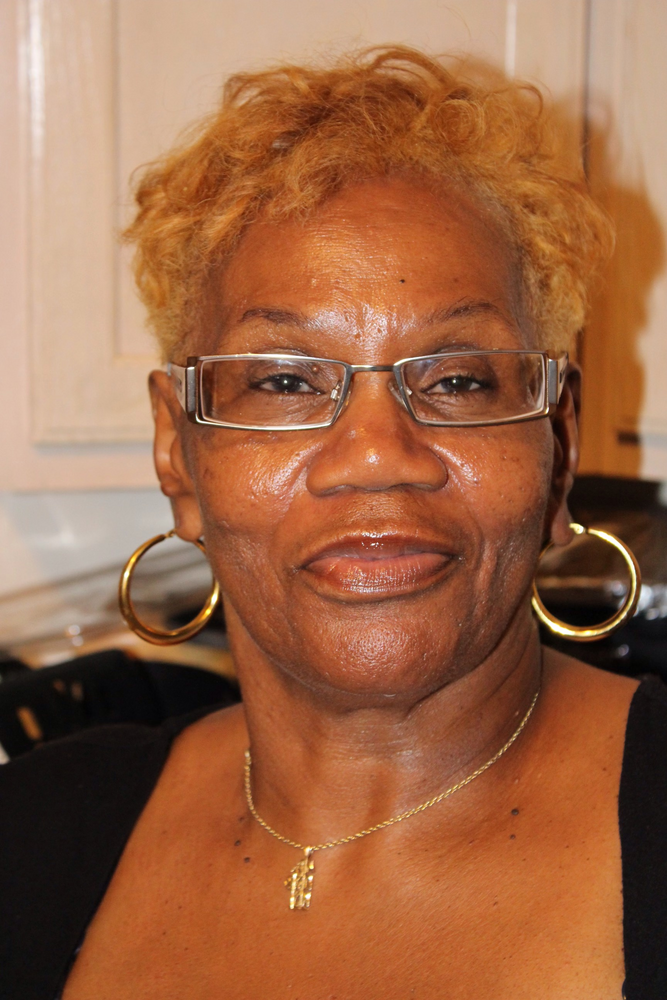 Please share a memory of Carnell to include in a keepsake book for family and friends.
View Tribute Book
Carnell Hughes, affectionally known as "Connie" was a woman who was full of life, fun, and love. She was bold, spoke her mind, and loved being surrounded by people. When she entered a room, her presence was always felt and known. She left a lasting impression on those who knew her. She was a genuine person with young spirt and a contagious amount of energy. She would always provide you with words of wisdom on various topics, whether you were seeking it or not. This was one of her many ways of expressing her love. Connie also enjoyed cooking whether it was hosting family and friends or catering for a large event. She enjoyed having fun and embodied it throughout her life. Connie was born on May 20, 1946 to the late James Clyde and Lula L (Miller) Tucker. She was the third of five children: Patricia (deceased), James Clyde Jr, Carnell, George (deceased) and Robert (deceased). Being the middle child taught her how to be a good caretaker and advocate on family values. Connie was raised in Philadelphia and often spent summers with relatives in Washington, DC and New York. Connie gave birth to her first son Rodney Wallace Tucker in 1965. She married Carl V Hughes Jr. (deceased) in 1966 and had two additional sons Jeffrey Carl Hughes and Troy Samuel Hughes (deceased). Connie LOVED her sons, always preaching the value of education, good manners and enjoying life. She taught them to fight for what they believed was right, and to always be there for each other, family, and friends. Connie loved spending time and talking with her grandchildren, sharing private moments and conversations. "Ms. Connie," as she was affectionately known to her neighbors and friends, welcomed everyone into her home and modeled the belief that "it takes a village". Connie attended Philadelphia public schools and ultimately received her GED in October 1997. She was a strong believer in education. Acquiring her GED was only the beginning of her educational journey. Connie attained an Associate Degree from Community College of Philadelphia in Early Childhood Education and a Bachelor of Arts in Behavior Health Studies in May 2003 from Alvernia College. After earning her degree, Connie worked at several behavioral health agencies supporting children and adults – functioning as an intensive case manager, therapeutic staff support person, and indirectly as a caretaker and mentor to a population often overlooked. She did not allow her age to slow her down and had the desire to help others to the very end. Prior to acquiring her degree, Connie enjoyed a 20+ year career as a Cashier working at Pantry Pride and Pathmark supermarkets. Connie rediscovered her faith later in life, joining Second Baptist Church of Frankford where she was actively involved serving as an usher, a youth Sunday School teacher, and as a trustee. She loved serving the Lord and spent several Thanksgivings feeding the homeless. During the past few years, Connie became a member of Pinkett Tabernacle Friendly Community Church. As with all things in her life, she was fully committed to her church communities. Connie entered her final rest and was called home to be with the Lord on April 27, 2022. She is pre-deceased by her late son Troy Samuel Hughes. She is survived by her brother, James Clyde (JC) Tucker Jr., her sons, Rodney Wallace Tucker and Robyn (daughter-in-law), Jeffrey Carl Hughes and Colleen (daughter-in-law), and Yolanda Hughes (daughter-in-law), Grandchildren Cristopher, Cristal, Kendall, Julianna, Isabella and Ethan and a host of cousins, nieces, nephews and close friends.
To send flowers to the family or plant a tree in memory of Carnell Hughes, please visit Tribute Store
Monday
9
May