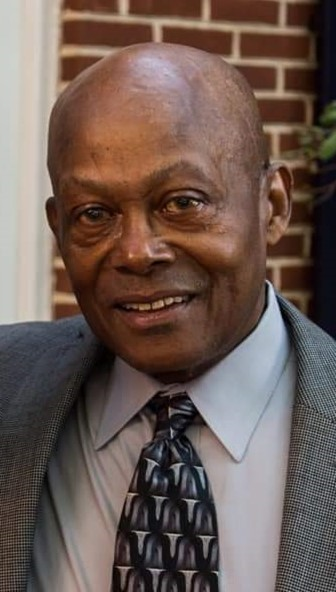 Please share a memory of Barry to include in a keepsake book for family and friends.
View Tribute Book
Barry A. Davis was born on October 28, 1943 to the late Alphonze and Helen Davis (Colston) in Philadelphia, Pennsylvania. Barry departed from this life on May 13, 2022 surrounded by family. Barry was educated in the Philadelphia School System and enlisted in the U.S. Army in 1960. While in the sevice he married Katie Pugh (Davis) and from this union had three children. After his military service he returned to Philadelphia and began his career as a Sales Representative for Motor Freight Express. He later enrolled at LaSalle College where he received his bachelor's degree in 1976. Barry was a hardworker and in 1977 relocated his family to Newburgh, NY to further his career as a Terminal Manager for P.I.E. He served in this capacity for one year. The family relocated to Willingboro, NJ in 1978 where Barry embarked on a career with Carolina Freight Carriers. Barry was a consummate salesmen and had honed his craft from his former employers. In 1994, Barry started his company Sentinel Traffic where he was a Freight Forwarder/Broker. He expanded on the skills gained while working for previous employers by moving freight by air land and sea. His work with Sentinel was more of a labor of love, orchestrated out of his literal home base in Pine Hill, NJ. Barry loved to travel with friends and family. He went on several trips with his partner Carol and his siblings. He, his brothers, sons and nephews also planned annual trips to New Orleans, North Carolina, and San Francisco to name a few to see the Eagles. He loved spending time with his family making memories to last a lifetime. Barry was a long time member of American Legion Post 336 in Burlington, NJ and was a mason. He also enjoyed daily walks and going to the gym. In his younger days in also ran several marathons with his brothers Gary and Tyrone. Barry leaves to cherish his memory his children Barry E. Davis (Tracy), Monica Reid (Jeff), Bret Davis (Melanie), Dannielle Sesay and Jodi Jansen. Grandchildren Brandon Reid, Bria Reid, and Bret Davis II and great grandchild Bryce Reid. Siblings Tyrone Davis (Barbara), Cythnia Addison (Isaac), Gary Davis (Barbara), Sharon Perkins, Carl Davis (Clarissa), devoted friend Carol Richards, her daughters Tranei and Asha; grandaughter, Kai and a host of neices, nephews, great neices and nephews, cousins and friends. He was preceded in death by his sister Juanita Douglass and brother Brian Davis.
To send flowers to the family or plant a tree in memory of Barry Davis, please visit Tribute Store
Thursday
19
May

Share Your Memory of
Barry
Upload Your Memory View All Memories
Be the first to upload a memory!
Share A Memory
Send Flowers
Plant a Tree