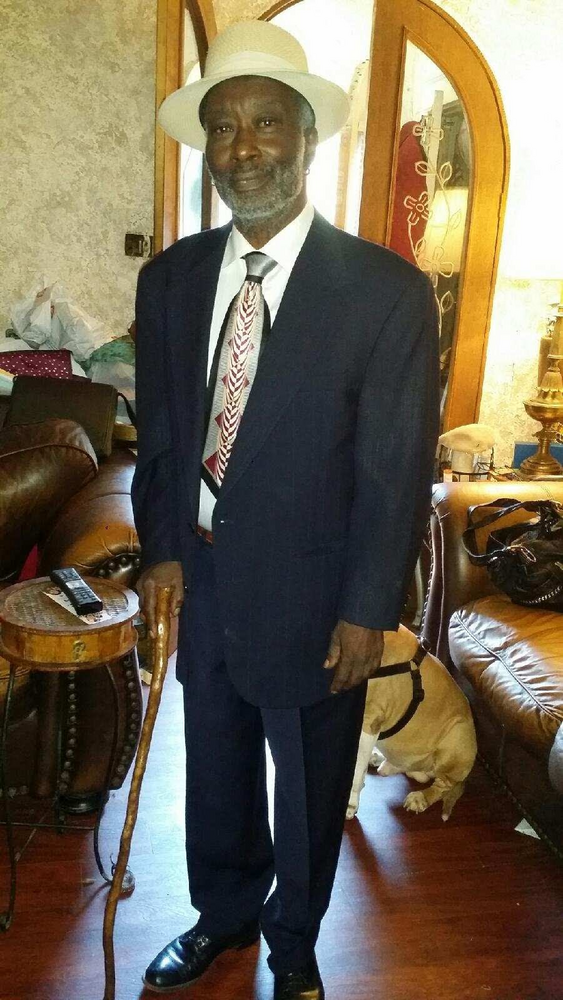 Please share a memory of Kenneth to include in a keepsake book for family and friends.
View Tribute Book
Kenneth "Kenny" Raymond Bond Sr. was born July 5, 1950 in Philadelphia Pa. He was the only child to Lewin and Elizabeth Bond and was raised by his uncle and aunt James and Pearl Seeney. Kenny departed this life Wednesday May 18, 2022 at Einstein Medical Center Elkins Park. Kenny was educated in the Philadelphia school district and graduated from Bok Technical High School in 1968. Although a true city boy at heart, Kenny spent his summers with family in Church Hill, Maryland where he met his future wife Jean Jeffers. September 27, 1969 Kenny and Jean married and from this union they were blessed with four beautiful children. Kenny was a jack of all trades. He enjoyed working with his hands, gardening, and carpentry. Soon after graduating he began working at Quacker Window as an assembler where he remained employed there for the next 30 plus years. After he retired from Quacker Window, he returned to the workforce at Interact Human Services where cared for the elderly and mentally disabled . Kenny loved his family more than anything. He lovingly embraced his brothers and sister in-law as his own siblings. The Bond was a popular home on the block. When his kids brought friends home, his welcoming personality always made them want to return. Kenny had a way of making everyone feel safe, welcomed and loved. He was definitely a treasure. Kenny leaves behind to cherrish his memory, his wife of 53 years, Jean Bond; 4 children, Kenneth Bond Jr. (Samantha), Kevin Bond (Sheila), Jonathan Bond and Jaymen Bond (Thaddeus); 6 grandchildren, Tanysha (Tariq), Bond, Takia Bond, Kenneth Bond III, Nadia Bond, Tyreek Bond and Brianna Bond; 8 great grandchildren, Nakiya, Kyree, Taylor, Harper, Amir, Ahmad, Ame and Zayd; 4 bonus grandchildren, Arianna, Camille and Avery Green (his "Grandgreens") and Cayden Carter; 2 Godchildren, Issac Kornegay and Ian Smith; and his oldest and dearest friend Russell Johnson. Kenny was preceded in death by one grandchild Christopher Bond and survived by a host of cousins, nieces and nephews, friends, family and loved ones.
To send flowers to the family or plant a tree in memory of Kenneth Bond, please visit Tribute Store
Friday
27
May

Share Your Memory of
Kenneth
Upload Your Memory View All Memories
Be the first to upload a memory!
Share A Memory
Send Flowers
Plant a Tree