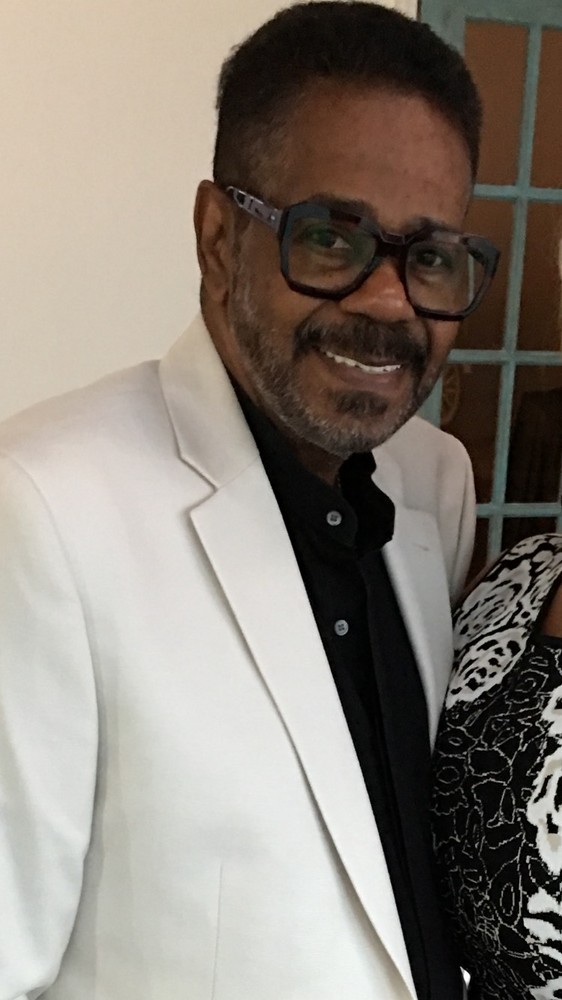 Please share a memory of Bruce to include in a keepsake book for family and friends.
View Tribute Book
In the words of our beloved Bruce E. Price, the "grand finale" of his monumental life well-lived occurred on Thursday, June 30, 2022. Bruce entered into eternity in the way he lived -- valiantly -- and at peace. The youngest son of the late Lewis and Genevieve Price, Bruce was born on July 29, 1950, in Philadelphia, PA. He was a proud alum of "the Castle on the Hill" known as Overbrook High School. Bruce proudly served his community as a longstanding member of the Philadelphia Police Department's 18th District, West Detectives. Upon retirement, Bruce embarked upon numerous additional careers utilizing his greatest traits – the gift of gab, impeccable attire, and that million-dollar smile. He delighted in working for the Philadelphia Gas Works, Charles Jacquin et Cie, Inc., and the Pennsylvania Gaming Commission at the Sugarhouse Casino. These careers enabled Bruce's professional success, personal pride, and his passion for public safety. Bruce was a devoted family man. He loved his siblings fiercely. Given their age gap, Bruce regarded his siblings as second parents. Bruce was upset when Luke got married, but quickly came to love Marian as a sister. Bruce loved laughing with his sister Lenora, whom he called Noni. Bruce's children and grandchildren were great sources of joy. He was thrilled to attend birthday parties and other gatherings, making memories with them; and treasured their photos over the years. On December 31, 1993, Bruce and Leslie were joined together in marriage. During their 34 years together, Bruce took pleasure in little expressions of love such as cooking, making coffee, and telling impromptu jokes. These are the special moments Leslie will miss the most. Bruce had special relationships with everyone he called friend; and a committed friend indeed he was to many. Hosting house parties, cabarets, cookouts in the park, and traveling were some of his favorite pastimes with his closest cronies too numerous to name. Bruce maintained a lifelong reputation for being a clean dresser, telling jokes, and driving Cadillacs ... that was, before he discovered Mercedes Benz. Bruce loved listening to the Temptations and Frank Sinatra. "My Way" summarized how Bruce lived -- on his own terms. He faced an unknown fate with bravery, saying, "Let's play ball." "I've done it all. I've had it all. The best is yet to come." Bruce is predeceased by his parents, brother Lewis "Luke" and sister Lenora. His memory will be cherished by his wife of 28 years, Leslie; sons Anthony (Sheila), Dwayne (Dana); and son Clifford (Yajaira) and only daughter, Le'Toy (Dana), from his first marriage to Valerie Price; mother-in-law, Carolyn Cirwithen "Cirwit"; sisters-in-law, Marian Price and Barbara Young. Bruce's legacy will continue to live through his grandchildren and in the memory of scores of relatives and friends.
To send flowers to the family or plant a tree in memory of Bruce Price, please visit Tribute Store
Saturday
9
July

Share Your Memory of
Bruce
Upload Your Memory View All Memories
Be the first to upload a memory!
Share A Memory
Send Flowers
Plant a Tree